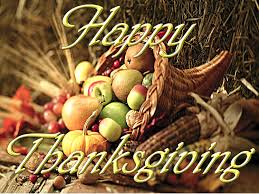 Posted on November 28, 2013 by dan haglin in Uncategorized

From everyone in the Douglas County Republican Party.

At first blush, Peterson’s vote appears to be a demonstration in bipartisanship. He seems to be putting aside party politics in an effort to fix a problem, acknowledging Republicans’ complaints about Obamacare’s unintended consequences. But this would be giving Peterson too much credit. If he really believed in addressing the flawed nature of Obamacare, he would have done more to stop Obamacare’s implementation. He could have joined Republicans in their efforts to stop Obamacare’s implementation during the government shutdown in October, for example. But that wouldn’t have been a prudent move. That wouldn’t have been expedient.

But now that the you-know-what has hit the fan, Peterson is making sure to distance himself from the Democratic Party’s sinking ship called U.S.S. 2014 Election. He has deftly navigated through the Obamacare controversy, displaying a firm grasp of the political ramifications of appearing too closely aligned with his party on the issue. Most notably, he was one of the few Democrats in Congress that voted against the legislation giving birth to Obamacare, aka the Affordable Care Act.

How Does Obamacare Affect You?

Posted on November 22, 2013 by Marty Andrade in Uncategorized